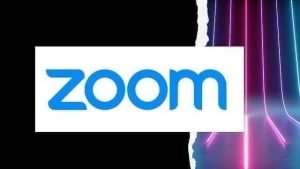 1. Ivo Steijn – Postmarks of the Crimea and some postal history

1. Gilbert Rios – Use of paper-seals and free-frank mails in the Imperial Russian Post: positioning and scope

Now retired, Gilbert was Professor and Head of the Chemical Engineering Department, School of Chemistry, University of Montpellier, involved for over 15 years in various research programs for the European Commission and UNESCO.
His main interests are in postal history, primarily Imperial Russia, but also pre-1900’s Swiss philately and German private post and the old states.

His Imperial Russia current interest is in the somewhat unfamiliar subjects, such as free-frank mails and paper seals, or volost post offices, while continuing to complete his collection on zemstvo posts and others more classical topics.

2. Maxime J. Citerne – Three journeys through Imperial Russia, and beyond

Maxime works in the medical field in Frankfurt, Germany and has recently added a new activity – a professional philatelist.

A member of BSRP for 12 years now, Maxime was introduced by a former president Terry Page. Collecting since his youth, his areas of interests are mainly Russian & Soviet philately (with an emphasis on Postal History), philatelic expertizing and ancient numismatics.

Joseph is retired and living in New Haven, USA. Joe joined the BSRP in 2018, contributing an article entitled ‘Allied Intervention in North Russia’ based on an original article in Rossica Journal No. 116, April 1991. which appeared in the 2020 Special Edition No. 110 of the British Journal of Russian Philately.

Joseph has been collecting stamps since April 1964. He started his collection of Allied Intervention in Russia in March of 1981; many of the items from his collection he purchased at two New York City annual stamp shows.

3. Neil Ritchie – An introduction to the WW1 censor marks of Finland

Dr Vitaly Geyfman is a practicing physician specializing in Cardiology and Clinical Cardiac Electrophysiology in Scranton, Pennsylvania. Born in Arkhangelsk, Russia, Dr. Geyfman had exposure to philately from early childhood through his father, an avid stamp collector of Russia and USSR, but picked up the hobby while in medical school. Vitaly is a life member of American Philatelic Society (APS) as well as an active member of Rossica Society of Russian Philately and Lithuanian Philatelic Society (LPS). He is a leading expert in Lithuanian Philately, including WW2 German occupation of the area for the LPS. Over the last several years he has published over a dozen articles in different philatelic journals, including The Journal of Lithuanian Philately (USA), PhilLit Journal (Lithuania), Rossica Journal (USA) and The American Philatelist.

3. Magnus Cameron – An Introduction to the Shahiv Issue and Me!

Magnus is a student from Leeds, UK. He has been collecting Ukraine, Russia and Eastern Europe in general since 2016 but more recently his interests have been piqued specifically towards Ukraine’s early period of independence and famine within the Soviet Union. A thematic interest of his in the 1940 Olympics has also recently begun a study of WWII Finnish field post and censor marks. He very much looks forward to exploring further and learning more about philately in Eastern Europe as a member of the society.

No meeting in July

2.Terry Page – The Volost Postmarks of the Cherdyn Zemstvo post, and Birsk District. From Zemstvo to Soviet (a mini display)

Terry has been a member of BSRP since 1970. He served as President between 2001 and 2011, and for some 20 years (until Covid) took responsibility for organising the annual London meetings at the Union Jack Club. He is interested in the whole field of Russian philately but currently specialises exclusively in zemstvo postal history and postal stationery. Terry has exhibited internationally, gaining a Large Vermeil medal at London 2000 and a gold at the Copenhagen “Hafnia” exhibition in 2003. In 2011 he was awarded the Tilleard Medal by the RPSL for the best all-day display given to the Royal during that year.

‘the further back you go, the more unfamiliar Russian mail abroad gets as we lose more and more familiar features’

A members evening, a question and answer session where we invited everyone to show an item or two each.

Born in 1993, graduated in 2019 with a degree in International Relations, History and Politics. Specialising in history and politics of Czechoslovakia, and Eastern Europe region in the 20th century. Currently working in the family real estate business. Redactor and member of the board of the Czecho-Slovak Society of Russian Philately. Interest in Russia/Soviet postal history up until 1960 with particular interest in items connected with WW2.

No Zoom meeting in December 2021