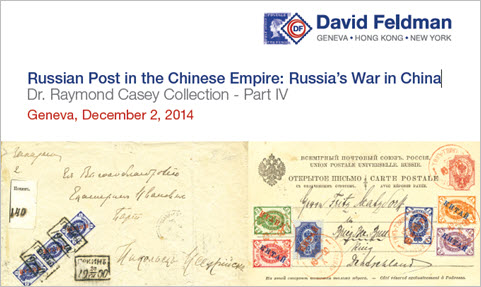 Russian Post in the Chinese Empire: Russia’s War in China

View the lots and bid at: www.davidfeldman.com