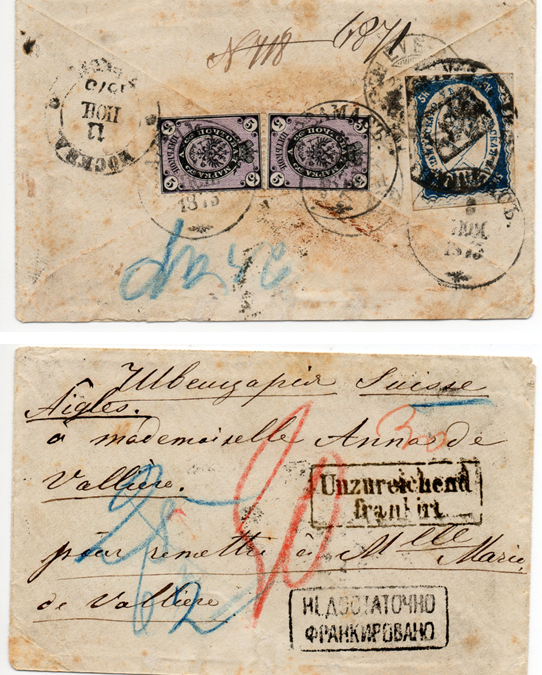 Letter addressed to Aigles franked with the 1874 5k indigo on thick paper (Chuchin/Schmidt  2) and cancelled with the (undated) zemstvo district cachet. Forwarded to the imperial post office where two 5k stamps were added and cancelled on 9 July 1875. Moscow transit postmark: 11 July.  As postage had been paid only at the inland rate, a boxed cachet was applied ne dostantochno/frankirovano (insufficient postage paid). This indication was repeated in German. Geneva transit postmark: 22 August 1875 (Gregorian calendar), Arrived Aigles, on 27 August.

To my knowledge, this is the earliest recorded Arzamas zemstvo cover, as well as being the only known item mailed abroad.