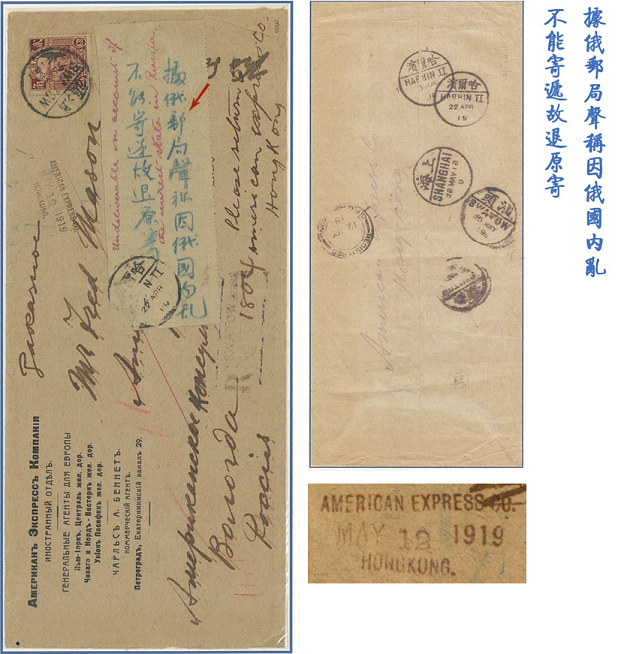 Mail route to and from Europe. Interruption of Siberia route by Russian Civil War by Hong Xaiao

The Russian October Revolution and the outbreak of the civil war seriously affected international postal service via Siberia route.  In March 1918, China Post stopped using the Siberia route for mail transit to Europe, Sinkiang and Mongolia.

IMAGE: May 23, 1918 cover registered from Swatow, China to the US embassy at Vologda in Moscow. Letter was returned to sender. Affixed return label with red handwriting “Undelivered on account of the state of unrest in Russia”. Only one example known.

NEXT: April Your Favourites – “A postcard sent from Gizhiga to the Kampffmeyer bookstore in Berlin by Howard Weinert